Who Is The Greatest Of All Time?

Well, to say that Babe Ruth is the greatest baseball player of all time, in my opinion, would be an understatement of “Ruthian” proportions!

Let’s start with a brief bio.

With names such as Hank Aaron, Mickey Mantle, Ty Cobb and dare I say Barry Bonds, trying to determine who is the greatest of all time can be a monumental task. This is strictly my opinion, and I welcome all thoughts and arguments for and against The Babe.

That being said, let’s begin the debate shall we?

Babe wasn’t only the most prolific hitter ever, he was also one of the best left handed pitchers ever. Over the course of a ten year pitching career, Babe had a career record of 94 wins & 46 losses, and an ERA of 2.28. And get this: 107 complete games! What pitcher wouldn’t love those kind of career numbers? And by the way, did I mention that in those 10 years he never had a losing season… 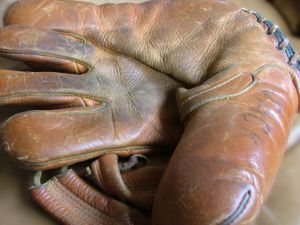 Now on to what most of us think of when we think of The Babe.

With only 8,399 at bats, Ruth set the all time home run record with 714 career home runs. While this record was eventually surpassed first by Hank Aaron, and later on by Barry bonds, it took Bonds over 9,000 at bats, and Aaron over 11,000 at bats.

The Sultan of Swat. After 3 world series championships with Boston, and after breaking the single season home run record in 1919, the Sox decided it would be a good idea to trade him to the Yankees. (Pause while I scratch my head) He went on to win 7 league championships, and 4 world series championships with New York! As a member of the famed Murderer’s Row lineup of 1927, Ruth hit 60 home runs to break his own single season record. Meanwhile, Boston embarked on an 86 year drought of no world series titles. Baseball people are a superstitious lot, and this went on to become known as the curse of the Great Bambino. In 2004 The Babe finally forgave them and lifted the curse,  allowing them to win the 04′ series.

The Colossus of Clout. As a 7 time World Champion, 6 time RBI champion, and 12 time A.L. home run champion, I could spend the rest of the week just listing achievements. What makes Babe the greatest of all time was his ability to bring you into the game heart and soul. Grown ups loved him (Yankees fan or not). Kids idolized him, and he loved you back. Statistically or otherwise, I rest my case.

Is Babe Ruth the greatest player of all time? In my humble opinion: Absolutely!