Have you ever thought about how a kid feels about steroids and sports?

I have my own personal feelings about this topic, but I wanted to get some thoughts from a kid. I asked my Daughter to sit down and give this some serious thought and write down what she came up with.

These are her words

“Baseball needs to put the steroids era behind it by having and enforcing tough rules against all kinds of artificial advantages, so that spring can return.”

Steroids aren’t a problem only in Major League Baseball, they are a problem in every sport. So many athletes want an easy way to get ahead. However, they don’t realize the issues that come along with steroid usage. Athletes who use steroids are poor role models for children, cheating against opponents, and putting themselves in danger of serious health risks.

All professional athletes are role models for kids, whether they like it or not. When they step out on that field, rink, court, or whatever it may be, athletes have thousands of children’s eyes on them, hoping one day they too can stand in the same place. These kids will do anything and everything these athletes do in order to be just like them. They’ll train hard and practice every day. They’ll copy their stance, style, and attitude.

Unfortunately, if an athlete does steroids to get ahead, so will these kids. They think that if a guy that was once a little kid just like them can go pro by using steroids, they can too. Instead of training hard and practicing, they’ll just take the easy way out and use steroids. They lose that experience and rewarding feeling of actually going out there and giving it all they’ve got, with no artificial assistance.

In my humble opinion, “using steroids” is just another way of saying “cheating.”

When an athlete uses steroids, they are trying to get ahead. Now, there’s nothing wrong with trying to outdo your 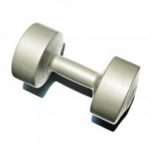 opponent. That’s the point of competition. But it becomes a problem when steroids get involved. One guy may be in the weight room or on the field training and practicing nonstop so they can reach their full potential.

Then there’s another guy who stumbles into the weight room every few days, not really doing anything because they don’t need to. They’ve got that artificial help. They gain a completely unfair advantage against the other guys working incredibly hard.

“And if the moral aspect of cheating isn’t enough to stop an athlete from doing steroids, then maybe they should keep in mind that they are prohibited in nearly every professional sport.”

Too many players are ignoring the consequences of using steroids. Or maybe the consequences aren’t strong enough. In Major League Baseball, for example, you can test positive twice and still be able to return eventually. Given, it’s a pretty long suspension and there’s no pay, but is that really enough?

“It may seem harsh, but I believe the first positive test should get you banned. If this were the case, maybe the players would understand that there is zero tolerance for steroid usage”.

Finally, if you don’t think that steroids are morally wrong, let’s look at the health risks.

Everyone knows about the outward appearance risks of steroids, such as a deeper voice for women or baldness for men, but we should take a minute to look at the more serious internal risks of steroid usage.

For example, steroids can cause liver abnormalities and even tumors. They can also cause high blood pressure and 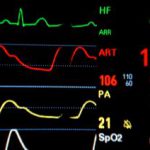 serious heart and circulatory issues. Steroids can also cause mental health problems, such as severe depression and aggression. These problems affect not only the person using the steroids, but also the people around them. Aggression can quickly lead to violence, leaving a person’s loved ones in danger.

Professional athletes who use steroids are not only hurting themselves, but they’re dragging others down with them, whether it be the kid they’re letting down, the opponent they’re being unfair to, or the people in their lives they’re hurting.

“Maybe the problem isn’t steroids after all. Maybe the real problem is the players who are so mentally weak that they think the only way to gain an advantage is artificial (and illegal) assistance”.

While I personally feel that Major League Baseball, and sports in general, have played a significant role in the problem with steroids in sports, I couldn’t agree more with everything this kid had to say.

I truly hope you found this article interesting. If you have any thoughts that you would like to share, or any questions that I can help you with, please leave a comment below and I will get get back with you as soon as I can.

Looking for some great deals on cool baseball items? Check out the Baseball X Store

Thanks for stopping by. ~Jeremy