We will call this post “what NOT to do as a youth baseball coach.” We will also discuss “what TO do as a youth 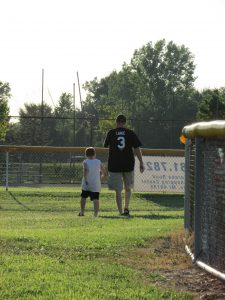 baseball coach” throughout the article.

First of all, I would like to take a minute to give thanks to all the coaches out there who volunteer their time on a daily basis to teach kids about what I think is the greatest game on earth.

In this article, I would like to share with you some of the things I have observed over the years that have really disappointed me, and hopefully persuade you to avoid.

I don’t claim to be any kind of guru, but I have been involved with the game of baseball for over 30 years, not only with my own kids, but also as a coach.

This article is geared more towards the the T-ball through Little League levels, as I know first hand how things change in a competitive aspect in high school when players start to seriously consider their chances for playing college ball.

We are coaching kids.

At this level you, as a coach, hold the key to whether or not a kid will continue on this journey towards a lifelong love of the game.

Unfortunately, something I see way too often is coaches coaching a Little League game like it’s the 7th game of the World Series.

You are usually playing a 6 inning game with a bunch of kids whose parents have paid for their children to learn how to play the game and enjoy it. 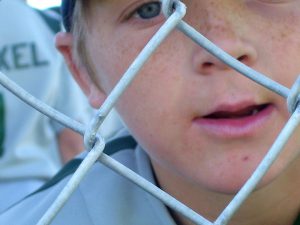 kid on the team.

Before making your decisions on playing time, just consider how you would feel if you saw your own kid sitting the bench 90% of the game. You wouldn’t like it and neither do I.

I’m just saying to try to be as fair as possible when you are deciding who is going to play and for how long.

Do not allow bullying of any kind!

Name calling, teasing, trash talking… Whatever term it is that you want to call it, bullying has absolutely no place on a baseball field, or anywhere else for that matter.

I know when kids get older, trash talking between friends can be chalked up to camaraderie, but that is not what I’m talking about here.

As a coach, you know the difference and don’t pretend that you can’t and most definitely do not turn a blind eye to it!

We are teaching these kids to respect each other and the game itself. 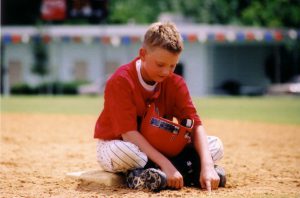 Let them know that it will not be tolerated right from the get go before the very first practice of the season.

This goes for parents too. Let them know from the onset that you will not allow parents to “coach from the bleachers.”

I know how easy it is to adopt the attitude of “if you don’t like it, you do it.” Instead, try something like, “I understand your concerns Mr. X, but you must understand that I am a volunteer and don’t know everything. If you would like to join me during practice, your help would be much appreciated.”

This will either A. Shut ‘em up nicely. Or B. Give you some much needed help.

Bottom line, no bullying, by anyone… Period.

This is something I see too much and it makes absolutely no sense to me.

When I see a coach hitting grounders and fly balls during practice and the kid misses it and the coach starts calling out laps, I just can’t stop myself from being disappointed.

Can someone please tell me how running a lap in 90 degree heat is going to help a kid catch a ball?

It’s not! And the only thing you are going to do is make things worse.

Some kids will get it and some won’t. Instead of sending the poor kid on an endless and pointless journey around the field, try spending some extra time with them! You know… Coaching.

It really is unfortunate when I’m sitting at home watching a game on TV with my kids and see a grown man throw a temper tantrum in the dug-out because they were caught looking at a borderline called strike 3.

The behavior that some professional athletes put on display for our kids can sometimes border on ridiculous!

Or, on a personal note, last year my kid had a coach who would jump up and down in the dug-out every time a call didn’t go his way, or when a kid would make a bad play. 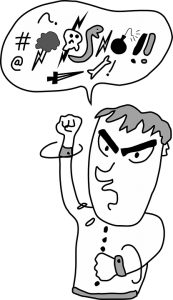 What does this behavior teach the kids?

In my opinion, it teaches them nothing good whatsoever! Not to mention the disrespect you are showing for the game of baseball, the parents and most importantly for the kids.

This guy was a prime example of what not to do as a youth baseball coach.

When was the last time, if ever, you’ve seen Derek Jeter throw a tantrum?

What not to do as a youth baseball coach… Wrap it up.

This was just a short rant and was by no means meant to offend anyone. I just felt like I needed to put some things out there.

I completely understand how certain situations during a baseball game can sometimes push us to do, or say some things that we might not otherwise.

But it’s important to step back and think about why we are dedicating so much of our time to coaching.

For me, it’s simply because I love the game and the kids who play it.

I really enjoy watching kids improve their skills with the things I teach them. Not only on the field, but off the field as well. There are many life lessons to be learned on a baseball field, and it’s our job as coaches to teach them.

In case no one has thanked you for being a coach lately, I’m doing it right now!

You hold at least a small part of their future and the future of the greatest game on earth in your hands, and for that my friend you have my Respect!

I hope you found some value in this article. If you have anything you would like to add on the topic of “what not to do as a youth baseball coach”, or you disagree with anything I said, please leave a message below and I will respond truthfully and respectfully.