Hey Jeremy, what is an intentional walk in baseball and why would a manager do it? What the heck is an 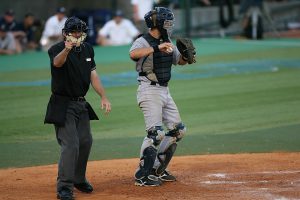 With only a few short weeks left til the new season begins, I wanted to get a few more articles out there dealing with the rules of baseball.

In this article we will find out what an intentional walk is and go through a few scenarios where a manager may find it beneficial to walk a batter on purpose, as opposed to giving them the opportunity to bat.

We will also talk about the slightly more confusing “unintentional” intentional walk.

So without further ado, let’s answer the question; What is an intentional walk?

What Is An Intentional Walk?

An intentional walk in baseball (And softball too!) occurs when the manager of the opposing team decides to walk a batter on purpose.

In baseball (Up until this year!!!), if a manager decides to call for an intentional walk, they would signal their intention to the pitcher.

The pitcher would then have to throw 4 balls out of the strike zone that a batter can’t hit.

The new rule now requires that a manager simply signal their intention to intentionally walk a batter and the batter is “automatically” awarded 1st base.

I plan to write an article on this subject so I won’t get into it too much here. Suffice it to say that I am not happy with the new rule!

Apparently, in some smokey room where baseball minds meet, someone came up with this ridiculous proposal that may save a few seconds of time during a game.

Unfortunately, enough of the other baseball minds agreed and the new rule was passed.

I will try not to ramble, but as a baseball fan myself, I know the many possibilities that each pitch presents.

Let’s say there was a runner on 3rd base when a manager called for an intentional walk.

The pitcher is attempting to throw the 4 pitches required for the walk, but one of the pitches goes a little wild 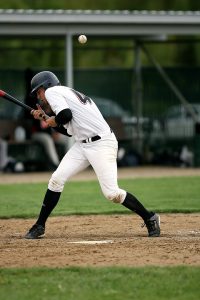 and the catcher is unable to catch it.

The ball goes rolling wildly as the runner on 3rd comes home to score!

What if it had been game 7 of the World Series in a tie game?

When you start to take away the human element of the game, you may as well play it on a monopoly board!!

O.K. Sorry about the little rant, just had to get that off my chest. I promise some more ranting when I compose my thoughts for that article. 🙂

Some require at least 1 pitch, while others require more. Some even require the pitcher to roll the ball.

If you are keeping score, an intentional walk would be noted as IBB. IBB stands for Intentional base on balls.

For more baseball stats, abbreviations and their meanings Check Out This Article.

Why Would A Manager Intentionally Walk A Batter?

There are some really compelling reasons why a manager would want to walk a batter on purpose.

Let’s run through a couple scenarios where it could be beneficial.

Let’s say the opposing team is down by a run in the bottom of the 9th inning.

They already have a runner on 2nd base and 1st base is unoccupied.

Now the next batter up is a great hitter, let’s call him Miguel Cabrera.

The manager knows that there is a good chance that Cabrera will hit the ball, and he will probably hit it far.

If Cabrera hits the ball anywhere in the outfield, the runner on 2nd has a good chance of scoring and tying the game. Should Cabrera happen to hit a home run, the game would be over, as a home run with a runner already on base would be 2 runs.

Since it’s the bottom of the 9th inning, this is what you would call a “walk off 2 run homer.”

In this circumstance, especially if it was an important game, the manager may be inclined to intentionally walk Cabrera and not give him the opportunity to drive in the tying or winning run.

The double play in baseball is an important weapon for the defense.

In this scenario, we already have a runner on 2nd base, with 1st base unoccupied again.

The manager really wants the inning to be over, so he intentionally walks the batter to set up a double play situation.

Issuing an intentional walk can and often does backfire. There have been many instances where a manager walked a batter on purpose because they were scared to pitch to them, only to have the next batter come up and smack a 3 run home run.

A manager can issue as many walks as they want. I have seen managers intentionally walk the bases full, just so there would be a force out at any base.

It’s just one of those calls a manager has to make with their gut.

When it works, they’re a genius. When it don’t…Well, you know.

What Is An “Unintentional” Intentional Walk?

While the unintentional intentional walk is not an official statistic, it does happen in the game.

When a pitcher has absolutely no real interest in pitching to a batter, they will throw up a pitch way outside the strike zone to see if the batter will chase it.

You will see unintentional intentional walks for varying reasons. It usually happens when a pitcher has a bad history pitching to a certain batter.

Basically, when you give an unintentional intentional walk, you want to walk the batter, but if they are swinging at bad pitches, you are giving yourself a chance for a strikeout.

What Is An Intentional Walk?: Wrap it up!

An intentional walk in baseball and softball occurs when the manager signals their intention to walk a batter on purpose.

Since the inception of MLB, an intentional walk required that a pitcher still throw the required 4 pitches outside of the strike zone to complete an intentional walk. Now they simply have to signal the umpire their intention and the batter is automatically awarded 1st base.

As I mentioned earlier, an intentional walk in softball varies by league.

An intentional walk gives managers many strategical options during a game. Having to actually throw the pitches gives the batter and runners many opportunities, should the pitcher fail to execute.

I hope you enjoyed the article and that we answered the question – What is an intentional walk?

If you have any questions about this article, or anything else, please leave a message below and I will get back with you A.S.A.P.