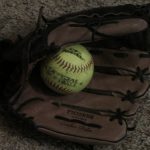 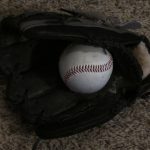 The bases: One of the most noticeable differences is the distance between the bases. At the professional level of baseball, the bases are exactly 90 feet apart. The length between bases in softball is 60 feet.

Pitching: Another big difference between baseball and softball is the distance between the pitcher’s plate (often referred to as the rubber) and home plate.

Home Run Fences: The minimum distance from home plate to the nearest fence in baseball is 325 feet down the left and right field foul lines, and a minimum of 400 feet to the center field fence (As of 1958). While the distances are minimums, there is no maximum distance. Baseball clubs that have focused their attention on obtaining a great pitching staff will often have fences further away from home plate. The longest center field fence currently resides at Houston’s Minute Maid Park at 435 feet. 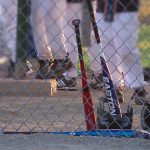 While both baseball and softball use bats, there are some big differences in the rules that regulate the sizes you can use.

The maximum length of a baseball bat is 42 inches. The maximum diameter at the bats thickest spot cannot exceed 2.75 inches in diameter. Most hitters on a professional level will typically use a bat around 34-36 ounces in weight. Although you can use a heavier bat, it is very difficult to get around on pitches that are thrown at 100 mph or more.

Another big difference between baseball and softball is the size and color of the balls. 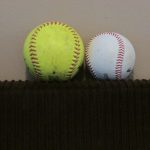 You can check out this article: What a baseball is made of, for an in depth explanation of the manufacturing process.

In softball, a much larger ball is used, measuring 12 inches in circumference for slow pitch and 11 inches for fast pitch. The 11 inch ball weighs in at 5  7/8-6 1/8 ounces, while the 12 inch ball weighs 6 1/4-7 ounces. Softballs are usually yellow in color. Depending on the league, a white, 10 inch ball is often used in the younger divisions.

Before we move on, let’s make one thing perfectly clear:  Softballs Are Not Soft!

Another difference between baseball and softball is the number of innings in a regulation game.

A regulation baseball game is officially complete when one team has the lead after 9 completed innings.

A regulation softball game is officially complete when one team has the lead after 7 completed innings.

While both sports are similar in the fact that there are no ties in either, there is one big difference.

In softball, while the approach is similar, in that there is always a winner, there is an additional twist that does not exist in baseball. If the score is tied at the beginning of the eighth inning, the offensive team will start the inning with a runner on second base. This runner will be the hitter who is scheduled to bat ninth in that inning. The hitter who is scheduled to bat ninth will be automatically placed on second base at the beginning of each inning until one team wins. This rule can vary in different leagues.

The mercy rule is a rule that is put into place to end a game early if one team has what is considered to be an insurmountable lead. 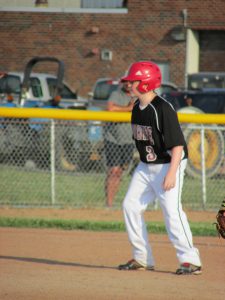 One more difference between baseball and softball is how and when a runner is allowed to attempt to steal a base.

In baseball, a runner is allowed to take a lead-off from any base when the umpire has declared play to be live. The runner can stray from the base as far as they want in an effort to try and steal the next base. If the runner is tagged with the ball before they reach the next base, or before they can get back to the base they were already on, they are out.

In softball, the same rules apply. The difference is that the runner cannot take their lead-off until after the ball has left the pitchers hand.

One last major difference that is easily noticeable is how the pitcher delivers the ball.

In baseball, the pitcher delivers the ball with an overhand or sidearm motion.

In softball, the pitcher delivers the ball in an underhand motion.

While baseball and softball are played in a very similar way, as you can see, there are some very big differences. I hope this article has answered most of your questions about “what are the differences between baseball and softball?” If you have any further questions or something you would like to share, please leave a comment below or visit Ask Jeremy, and I will get right back with you. Thanks for reading. ~Jeremy